A prolific Australian philanthropist (some would say; 'The Medici of Sydney'), Judith is motivated by a belief that the arts and architecture make a vital contribution to humanity and should be accessible to all.

The organisation's logo marque - the tree silluohte with it's fan of reaching roots, was already in use when we began work on the Judith Neilson Projects site. Beyond this however, the slate was clean in terms of look and feel which is always fun for us.

We worked closely together to establish a visual language, introducing a playful palette denoting different areas, paired with bold clean typography. Changable imagery, so much of it! and so evocative! has been given center stage, loosley framed to craft a visually striking vessel of utilitarian tech housing the ever growing collection of Judith Neilson's multifarious cultural entities.

The marketing team at Apple asked to feature the work in their marketing program which was cool. 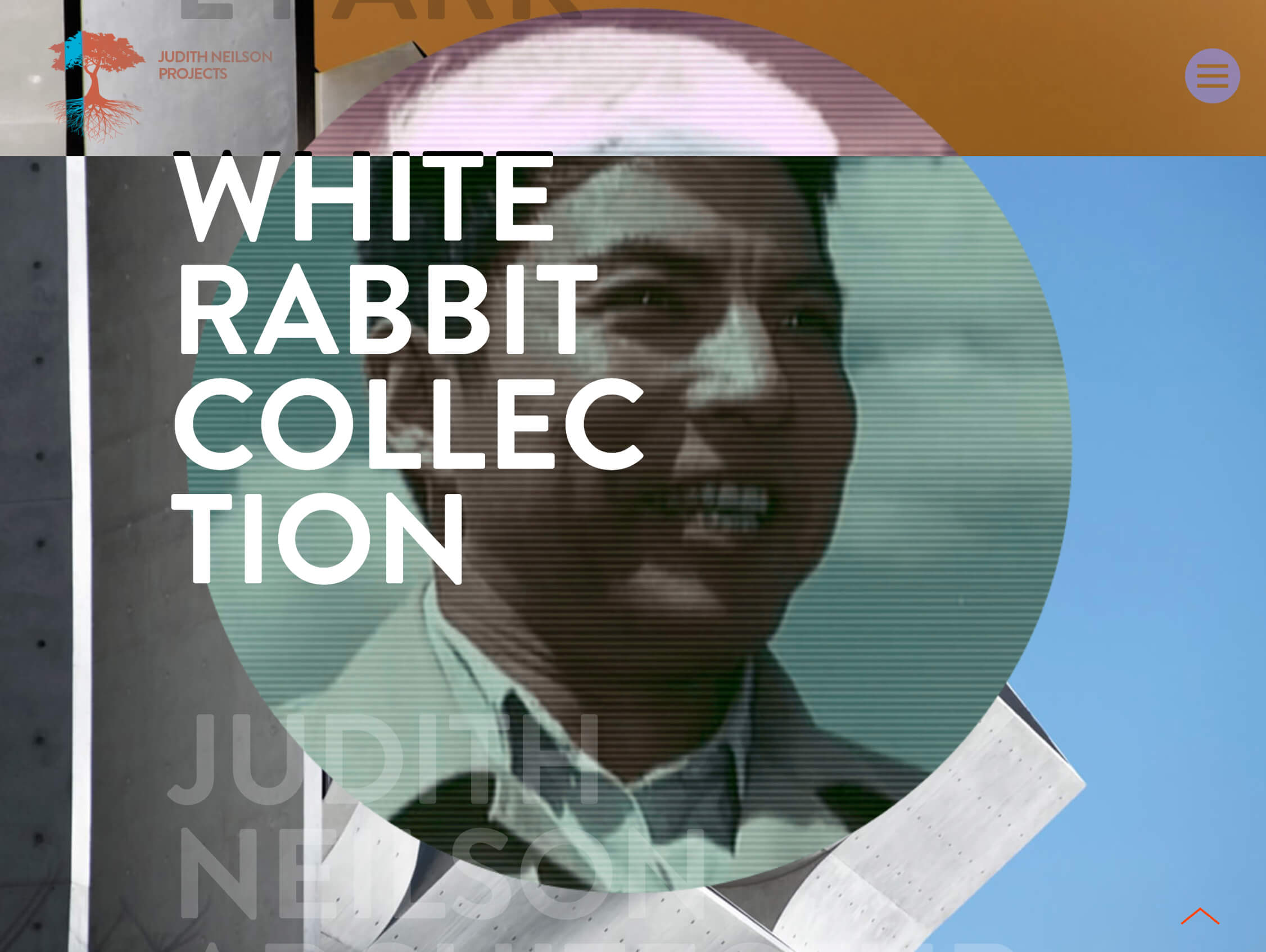 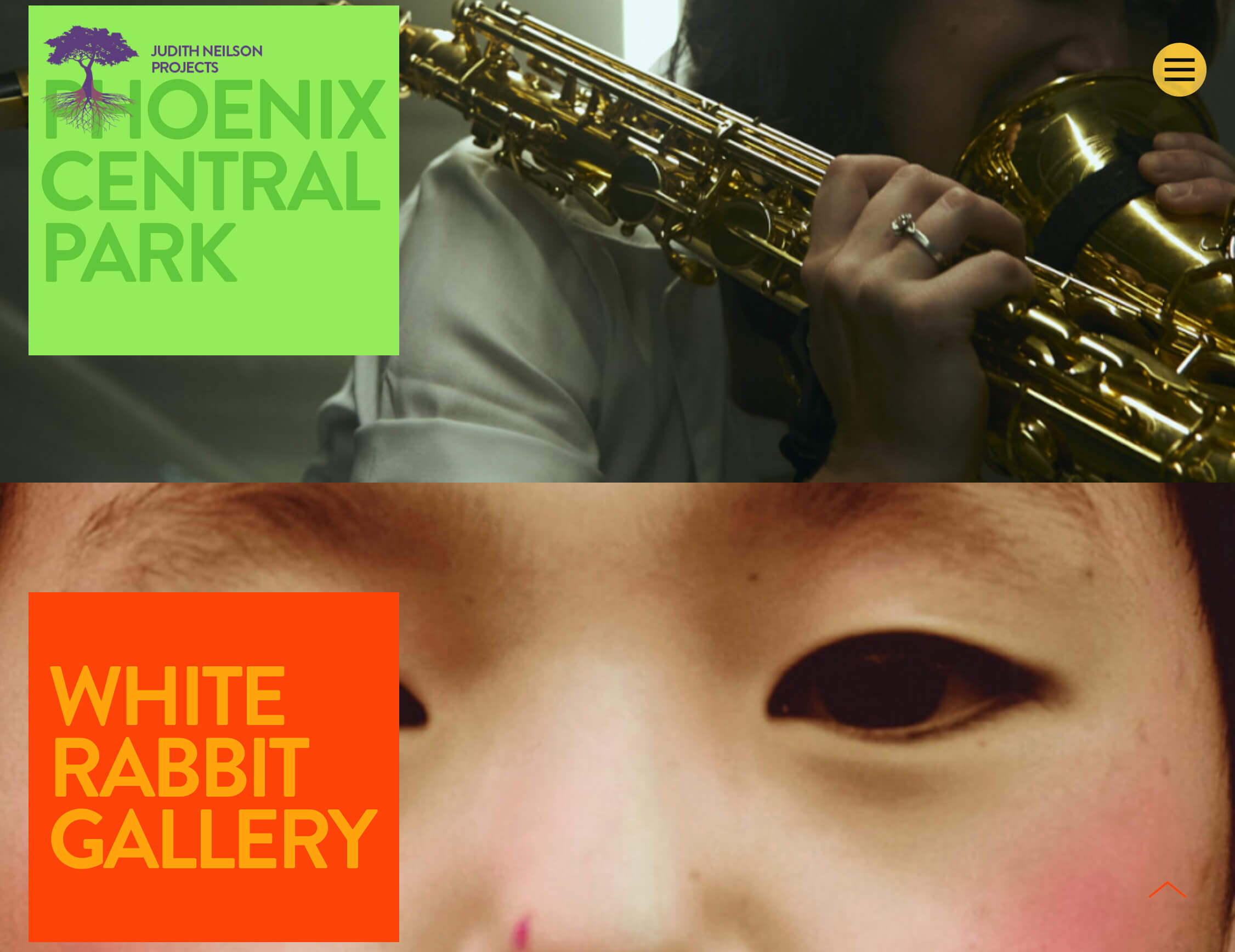 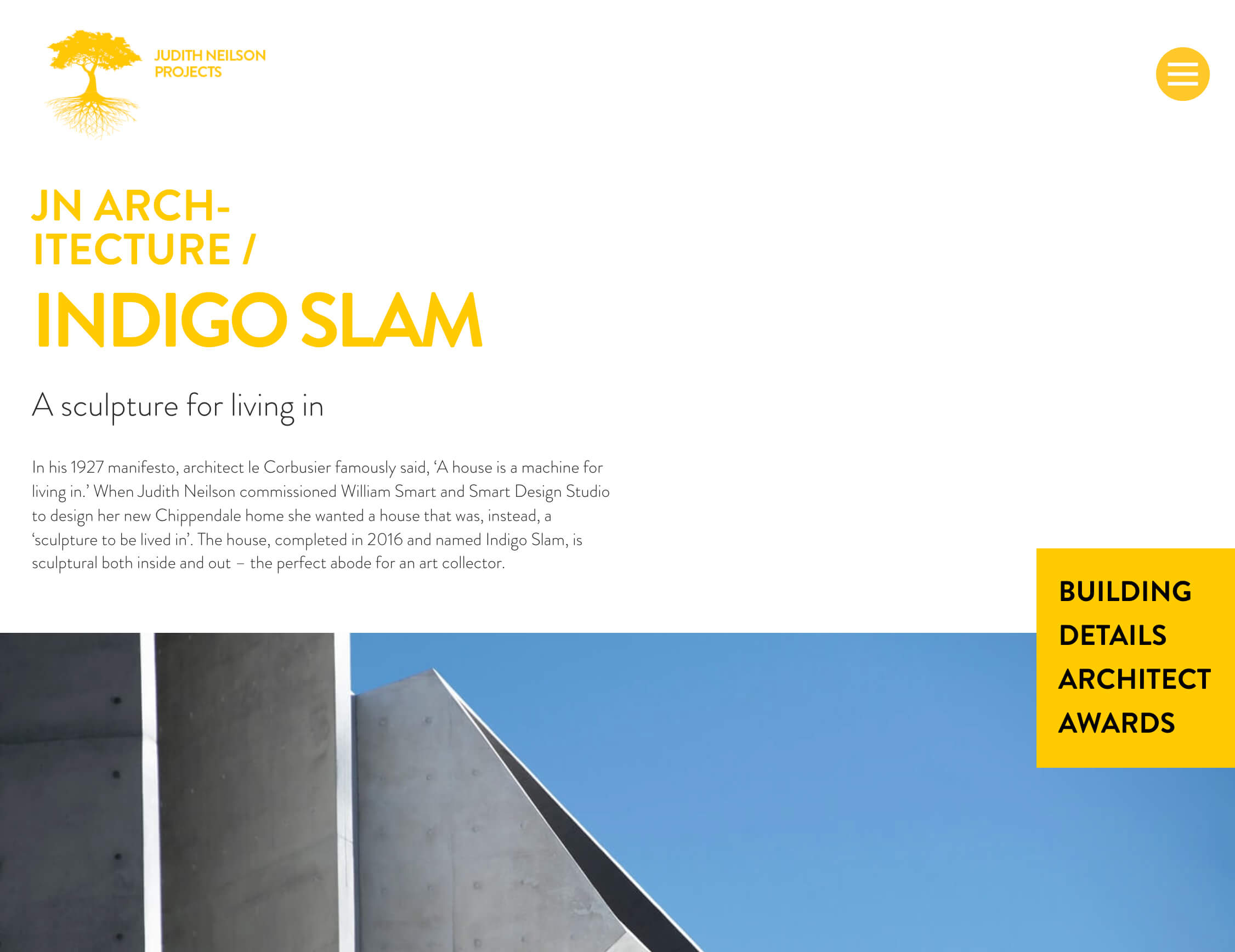 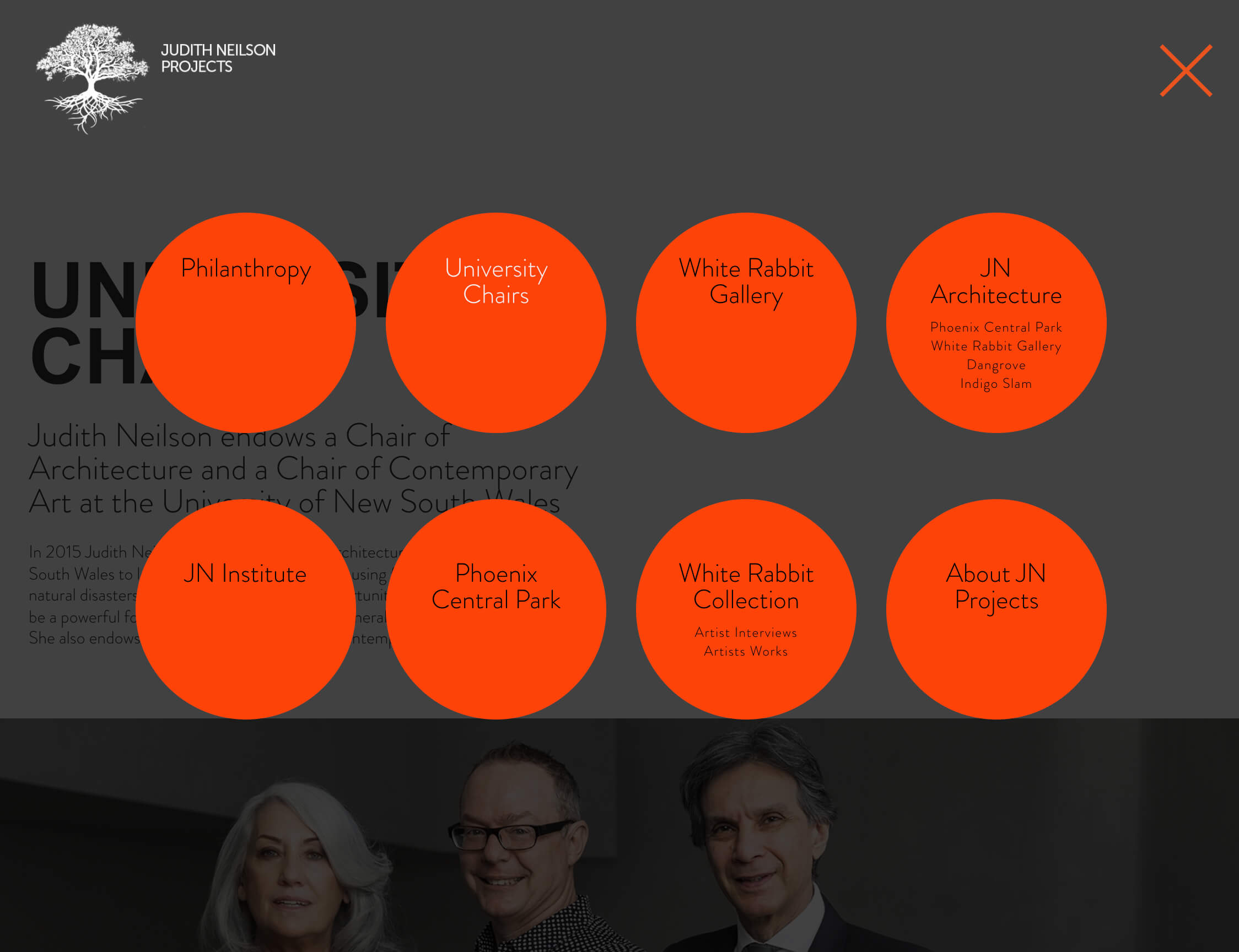 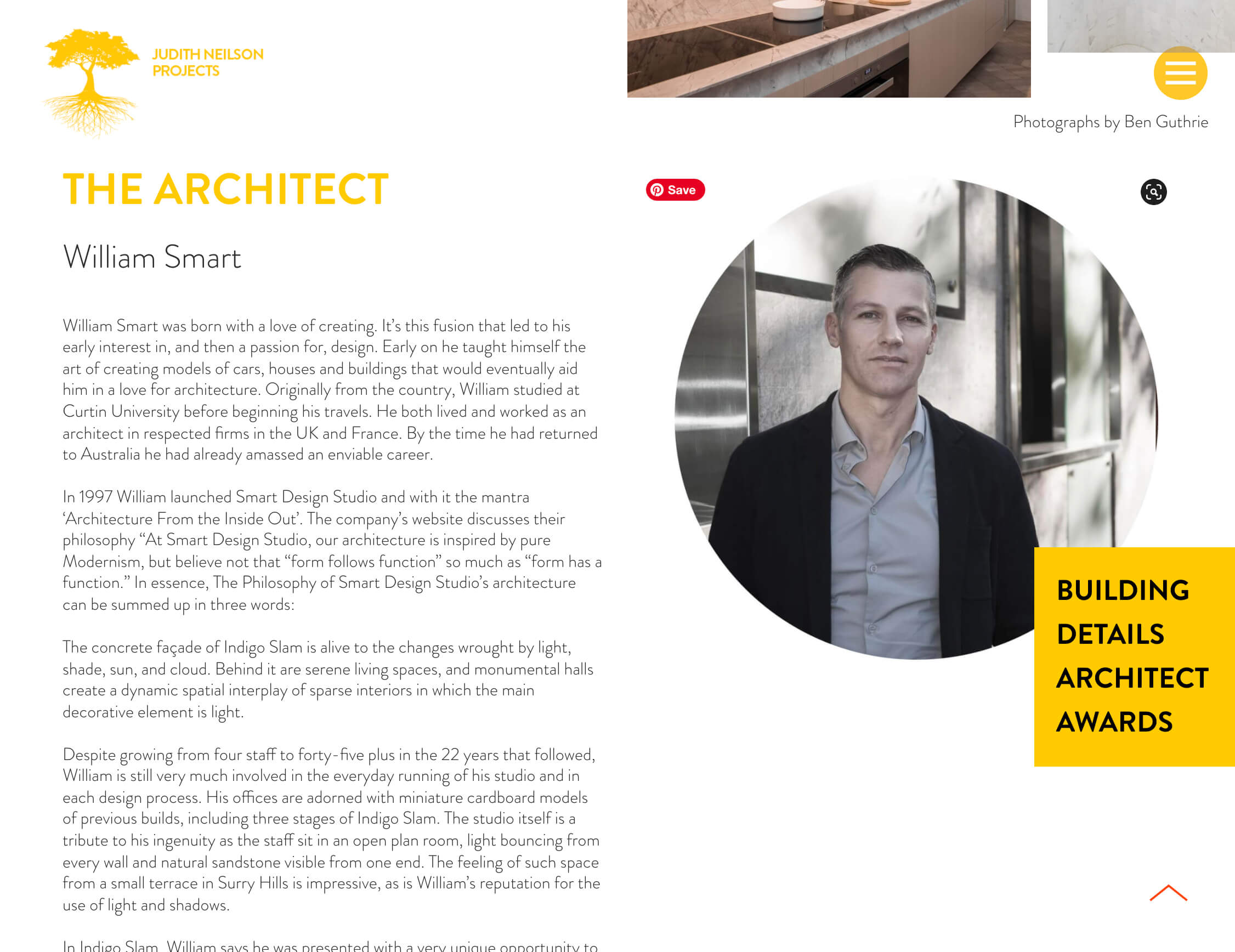 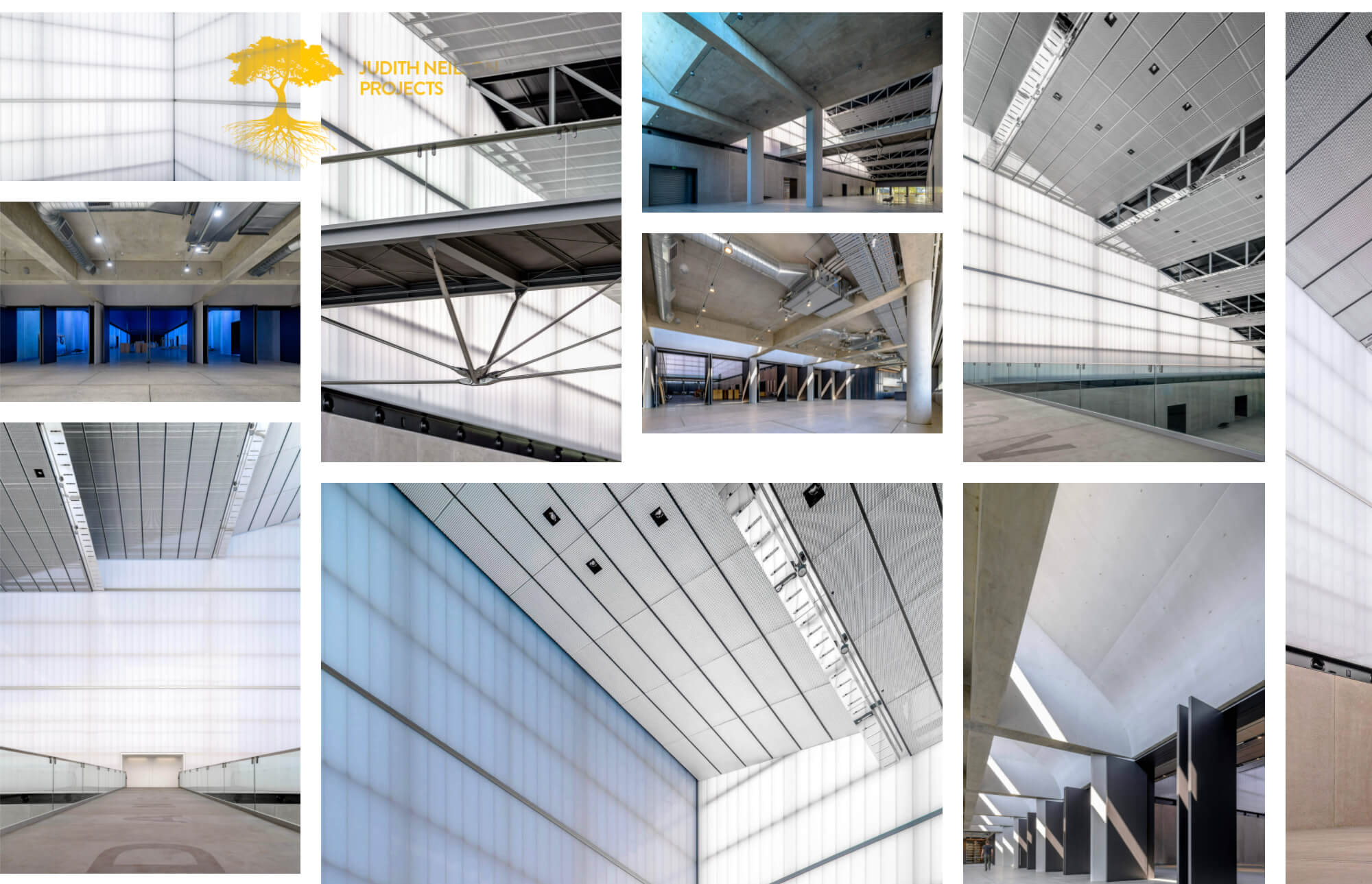 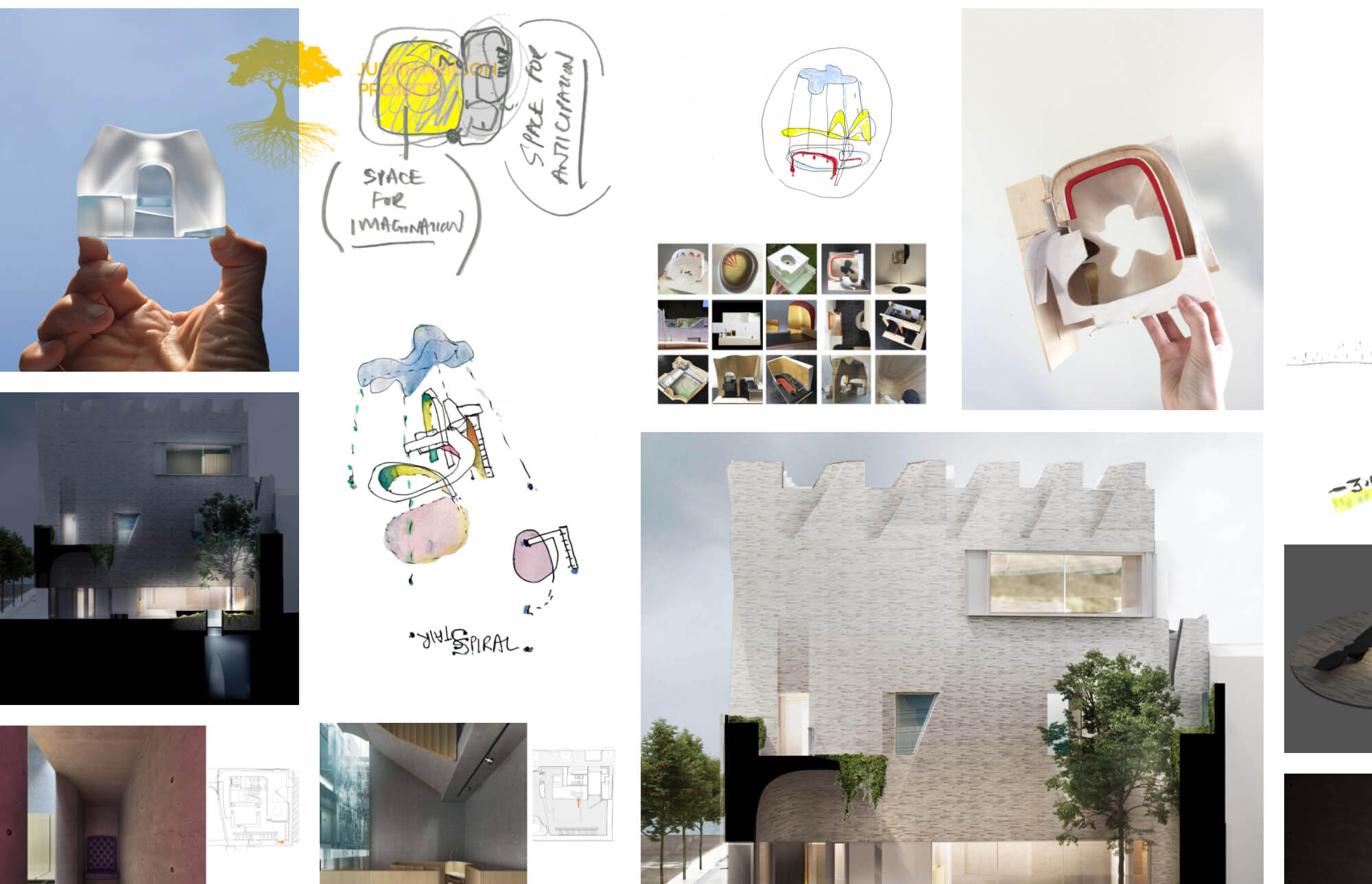 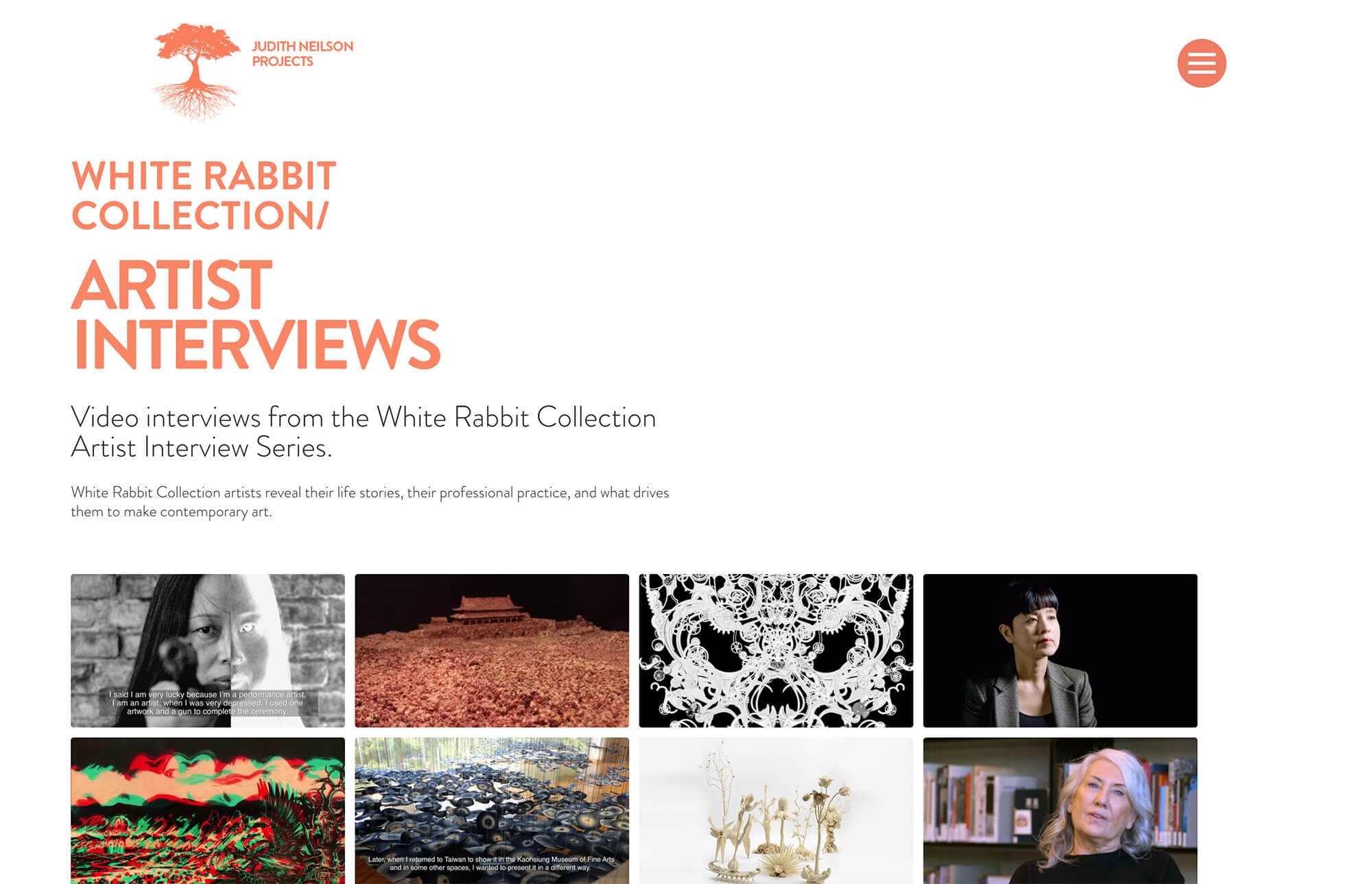